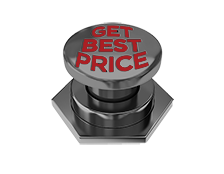 Model Overview
The engine at the heart of the Cadenza is a 3.3L V6 engine making 290 horsepower, sent to the front wheels. While front-wheel drive means slightly lower limits at the race track, it also means more space for interior occupants, without the limiting factor of a driveshaft to run to the rear of the car. Power is transferred to the wheels through an 8-speed automatic gearbox, promising quick, precise shifts and excellent fuel economy. Despite being a large car with a relatively big engine, the Cadenza is rated at 20 mpg in the city.
The Cadenza is available in three distinct trim levels: Premium, Technology and Limited. As their names imply, there is no 'base' model of Cadenza, they all come very nicely equipped even the entry-level 'Premium' trim.

Standard items on the Cadenza include a 7-inch touch screen to control the stereo, Apple CarPlay and Android Auto services, a rear camera display, Bluetooth connectivity and dual-zone automatic climate control. Seating surfaces are leather and the driver gets a 10-way power adjustable seat while the front passenger seat is 8-way power adjustable. Both seats are heated and the interior comes trimmed in elegant wood grain. Outside, the Cadenza comes with heated mirrors, 18-inch wheels and a smart trunk that will open automatically if it senses the owner standing behind it with the keys.

The Technology trim adds LED headlights and fog lights, as well as an advanced cruise control system that uses radar to maintain a set distance between the Cadenza and whatever is in front of it. Inside, the center screen is bigger at 8-inches, while the stereo has also been upgraded: it's a 630-watt harman/kardon system bumping through 12 speakers. A wireless smartphone charger is also included, along with vented front seats.

The Limited trim comes with luxurious quilted Napa leather seats, heated rear seats, a smart power trunk that will even close without the use of hands and mean looking 19-inch wheels finished in a dark satin color.