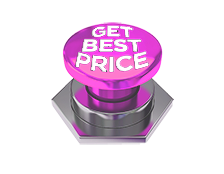 Model Overview
The 5 Series is available in several different configurations, with a total of 5 different engines available in the chassis. At the bottom is the 530i, powered by a turbocharged 2.0L, 4-cylinder engine making 248 horsepower. Next on the hierarchy is the 540i, powered by a turbocharged 3.0L, 6-cylinder engine combined with a 48-volt hybrid system making 335 horsepower. The 550i xDrive is powered by a twin turbocharged V8 and makes 523 horsepower, good enough for a claimed 0-60 time of just 3.6 seconds. The BMW M5 sits at the top of the range and makes 600 horsepower from its twin-turbo V8, though a competition option boosts this to 617 horsepower. All 5 Series models utilize an 8-speed automatic transmission to send power to the rear wheels. All-wheel drive is optional on the 530i and 540i models, while it comes standard on the 550i xDrive and the M5.
Standard equipment on all 5 Series includes LED headlights, as well as a sound absorbing headliner, Comfort Access keyless entry and push button start leather steering wheel, power lumbar front seating, power folding heated mirrors, power sunroof, driver seat memory dynamic cruise control and 18-inch wheels. The infotainment system includes a 12.3-inch screen located in the dashboard, a 205-watt 12-speaker stereo, five USB ports, Apple CarPlay and Android Auto integration, Wi-Fi hotspot, five 12v power sockets and two USB ports.

The multi-color head-up display projecting things such as navigation instructions, audio tracks or even warnings up on the windshield where they would be more visible to the driver.

There are two optional stereos available for the BMW 5 Series. A 600-watt Harmon/Kardon sound system features 16 speakers and nine channels, whereas true audiophiles will want to spring for the Bowers & Wilkins stereo. It features diamond tweeters, 1400 watts and a 10-channel amplifier. The unit has speakers that subtly glow, as well as a microphone that measures ambient sound to tune sound quality just so. It is one of the most advanced audio systems to ever be installed in a car, according to BMW.

Besides standard safety features such as airbags, ABS and stability control, the BMW 5 Series has some innovative passive and active safety systems available. An evasion aid system operates at speeds of up to 100 mph. If the car detects a quick lane change, it will tighten up the steering and counter steering, allowing the driver to need fewer turns required to correct a skid. The car will also use information from the vehicle's sensors to detect how much unobstructed space is around the car. Those same sensors are used for the automatic parking system. 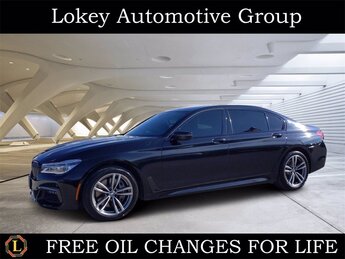