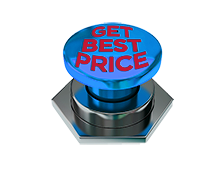 Model Overview
The BMW X3 comes in four models: sDrive28i, xDrive28i, xDrive28d and xDrive35i. 28i models have a TwinPower turbocharged 4-cylinder engine, displacing 2.0 liters and making 240 horsepower and 260 lbs-foot of torque. Peak torque is achieved at just 1,250 rpm, so this engine is very responsive; it can move the X3 to 60 mph in just 6.5 seconds and to a governed top speed of 130 mph. The 28d model uses a 2.0L 4-cylinder diesel engine that makes 180 horsepower and 280 pound-feet of torque. Lastly, the 35i model comes with a 300-horsepower, 3.0L turbocharged inline-six that's the choice for those who want the most performance. Both gasoline engines have Valvetronic variable valve timing and direct fuel injection.
With any engine, the X3 has a responsive and quick-shifting 8-speed automatic transmission, and it includes an Eco Pro mode that, when the button is depressed, helps improve fuel economy by optimizing heating and air conditioning use, softening accelerator response and changing shift times. All models also have Auto Start/Stop, which shuts off the engine when waiting at stoplights--starting quickly when the brake is released; and Brake Energy Regeneration essentially saves fuel by using the alternator smartly. Fuel economy ratings are 21 mpg city, 28 highway with the xDrive28i, or 19/26 with the xDrive35i.

Most versions of the X3 offer the xDrive intelligent all-wheel-drive system, which works together with the stability control electronics and normally send 60 percent of torque to the rear wheels; a multi-disc clutch system can send up to 100 percent to the rear wheels when it's needed for traction -- whether by a slippery road situation or high-performance driving. X3 models also have Servotronic speed-sensitive steering, although a Variable Sports Steering -- essentially a variable-rack system -- is optional. The X3 rides on run-flat tires.

The interior of the X3 is set up like a wagon, only with a somewhat higher seating position and plenty of headroom. Ingress and egress are easier than in a sedan and the back seat can fit three across, albeit snugly. There's a ski pass-through and the rear seatback is split 40/20/40 so that it can be folded for any combination of passengers and cargo. The X3 also offers a number of small storage cubbies in the doors, the dash and center console.