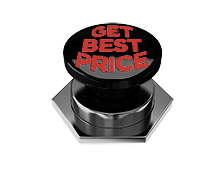 Recent Arrival! Clean CARFAX. Ashen Gray Metallic 2015 Chevrolet Camaro 2LS RWD 6-Speed Automatic with TapShift 3.6L V6 DGI DOHC VVT 19/30 City/Highway MPG We want your trade in and we are willing to pay top dollar to get it!!!Home of the Lifetime Free Oil Changes! Family owned for over 63 years we are your volume dealer in Clearwater Florida. With over 450 new vehicles in stock, why shop anywhere else? Call now and ask to speak with our Award Winning Sales Team for more information on the vehicle shown in this listing. Awards: * JD Power Initial Quality Study * 2015 KBB.com Best Buy Awards Finalist Call now and ask to speak with our Award Winning Sales Team for more information on the vehicle shown in this listing.. Pricing is plus tag, tax, dealer doc fees and title fees. See dealer for details. Reviews: * If you’re looking for something as thrilling to drive as it is to showoff, the 2015 Chevy Camaro coupe or convertible can get the job done. Even the most basic model looks lean and mean, a testament to the power of the Camaro’s design. Source: KBB.com * Strong acceleration with any engine; head-turning looks; capable handling. Source: Edmunds * The new 2015 Camaro is the perfect blend of distinct design, cutting-edge technology and exhilarating performance. Simply put, it's the full package. Performance-driven design enhancements to the front and rear fascias give the new Camaro a low, wide, contemporary look. But this sports car is more than a beautifully styled body, because what's on the inside matters too. LS and LT models use a 3.6-liter, 323-horsepower V6. SS versions have a 6.2-liter, 400-horsepower V8 with Active Fuel Management for models with the automatic transmission, or a 6.2-liter, 426-horsepower V8. ZL1 models use a supercharged V8 with 580-horsepower. A hand-assembled 7.0L LS7 engine is the heart of Camaro Z/28, boasting an incredible 505 horsepower and 481 lb.-ft. of torque, making it the most powerful normally aspirated regular production GM small block V8 ever. Standard features on the Base LS model coupe include an AM FM CD satellite radio with 6-speakers, auxiliary jack and Bluetooth, plus Cruise Control and 18-inch steel wheels. Moving up one trim, the LT Coupe and Convertible add features like a 7-inch touch screen, Chevrolet MyLink, USB input and power front seats. Move up into the SS and experience the power of the 6.2-liter V8 engine, Brembo brakes, and gorgeous 20-inch wheels. In terms of Safety, every model has six airbags, traction control, stability control, and the OnStar communications system, which has concierge services, and emergency services like automatic crash response. Sports car buffs looking to get a great deal of horsepower for the money will find the 2015 Chevy Camaro an enticing proposition. For those looking to turn some heads, the Camaro is what you want to drive. Source: The Manufacturer Summary

Model Overview
The 2015 Chevrolet Camaro comes in a wide range of models designed to cover uses ranging from stylish open-air cruising to track-ready high-performance driving. The 2015 Camaro is available in Coupe or soft-top Convertible models. Camaro Coupes can be had at any trim level while Convertibles are only offered in LT and up trims. This year there are four available engines in the lineup: a 323-hp 3.6L V6, a 426-hp 6.2L V8, a 505-hp 7.0L V8 and a monster 580-hp 6.2L supercharged V8. All engines can be had mated to a 6-speed manual transmission, while the V6 and both 6.2L V8s can be had with a 6-speed automatic.
V6-powered Camaro models reach 60 mph in around 6 seconds while SS models take around 4.5 seconds. Fuel economy ratings are actually quite impressive for the Camaro, considering its performance potential, with V6 models estimated at 19 mpg city, 30 highway and SS models achieving 16 mpg city/25 mpg highway.

There are several different suspension packages available in the Camaro. LS and LT models get the FE2 calibration; SS Coupe models come with a high-performance FE4 suspension. A 1LE package, which includes the most aggressive suspension setup, is optional on SS Camaros fitted with a manual transmission. The Camaro's rack-and-pinion steering system provides quick response for tight corners but is relaxed enough for highway cruising.

SS models get a competitive/sport mode for the stability control system, allowing more wheel slip for the track; also included with the SS in manual-gearbox versions is a Performance Launch Control system that helps launch the car from a start in the quickest possible way. SS Coupes, in addition to getting the FE4 high-performance suspension, get retuned dampers, bigger stabilizer bars and 20-inch wheels and performance tires. Huge 21-inch wheels are offered as a dealer-installed accessory.

The ZL1 Camaro launched in 2012 and is the most powerful Camaro sold. Costing roughly $20,000 more than a Camaro SS, the ZL1 is a serious performance car. For the money, it comes with an extra 154-hp over a Camaro SS from its 6.2L supercharged V8 good for 580 horses. The ZL1 doesn't stop at a massive engine though; the cockpit is loaded with luxury features and comes standard with heated leather seating surfaces. The suspension has also been beefed up to deal with the extra horsepower and many of the body panels have been modified to give the car a much meaner look on the street.

New for 2015 is the Camaro Z28. Weighing 300lbs less than the ZL1, the Z28 features ultra-sticky tires, aggressive, track-optimized suspension, a 7.0L 505-hp V8 engine and numerous external bits aimed at maximizing downforce. Despite making less horsepower than the ZL1, the Z28 actually has the biggest engine available in a Camaro and should be faster around most race tracks than the ZL1 as well, thanks to its superior handling.

All Camaro models get the suite of OnStar roadside assistance and crash-safety notification system, including six months of the Directions and Connections services, with Turn-by-Turn Navigation and Stolen Vehicle Assistance. A host of appearance extras are available, but of interest to those who intend to use their Camaro as a daily driver is the Rear Vision Package, which also brings a rearview camera system and auto-dimming rearview mirror.