Used 2008 Lincoln MKZ Base Sedan For Sale In Clearwater FL 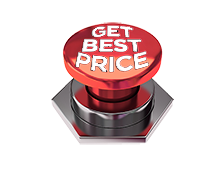 Model Overview
The 2008 Lincoln MKZ comes with a 3.5L V6 engine making 263 horsepower and 249 lb-ft of torque, paired with a six-speed automatic transmission that's tuned to make especially smooth gear changes. There are two different models--one with front-wheel drive, and another with an intelligent all-wheel-drive system that's oriented for slippery road conditions and can seamlessly send more torque to the back wheels even before the front ones slip. The system adjusts power from side-to-side as well as front-to-back.

As is expected in a Lincoln, the Lincoln MKZ has a smooth and quiet ride; a front perimeter subframe helps reduce noise and vibration, yet a stiff body structure and special attention to suspension tuning allow sharp handling response, too.

The sedan offers an especially roomy back-seat area, with best-in-class legroom according to the automaker, and a 60/40-split back seat that is spring-assisted and folds forward to expand the trunk space when needed. At 15.8 cubic feet with the back seat up and in place, the trunk is said to be the largest in its class also. The Lincoln MKZ comes with anti-lock brakes, plus front side air bags and side curtain bags that protect outboard occupants in both rows.

The top-rated premium sound system uses THX surround sound technology and has a total of 12 channels, 14 speakers, two subwoofers, and 600 watts of power, plus separate modes to get the best sound depending on how many people are aboard. The available navigation system, also top-rated, now includes voice-activation features.

Four new clear coat exteriors--Dark Blue Ink Metallic, Moss Green Metallic, Vapor Silver Metallic, and White Suede--join the palette of colors.
Model Value
The 2008 Lincoln MKZ is closely related mechanically to the Ford Fusion and Mercury Milan, but it offers more interior comfort, luxury, and available high-tech features, without sacrificing the fun-to-drive qualities. The interior stands out for being spacious for people and cargo compared to other sedans; it's claimed to have best-in-class interior space and trunk space. And compared with other cars in this price range, the Lincoln MKZ comes very well equipped; for example, heated-and-cooled climate-controlled seats are standard.