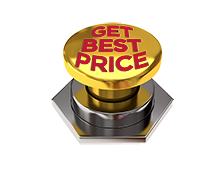 CLEAN CARFAX, ONE OWNER, NON-SMOKER, CLEAN CARFAX, ONE OWNER, LIFETIME OIL CHANGES INCLUDED, LOW MILES, 150 POINT INSPECTION COMPLETED BY ASE TECHNICIAN, NAVIGATION, LEATHER, Prices do not include taxes, registration, title and dealer fee.. Platinum Graphite Metallic 2012 Nissan Quest 3.5 SL FWD CVT 3.5L V6 DOHC 24V HOME OF THE LIFETIME OIL CHANGES.. WHY WOULD YOU BUY ANY WHERE ELSE!! Call Today and ask for the Internet Sales Manager to schedule a VIP appointment. Lokey is Family Owned since 1952 and is Largest Used Car Dealer from Tampa to Clearwater, with over 500 Pre-owned vehicles to chose from.

Model Overview
The Quest has rather unconventional styling for a minivan, underneath its skin, the Quest features a powerful conventional powertrain . All Quest models get a smooth 3.5L V6 engine and a continuously variable transmission. This combination is good for 253 horsepower to the front wheels.
As with most minivans, the Quest is designed to handle like a car, albeit a tall and heavy one. The 4-wheel independent suspension includes front and rear stabilizer bars to help composure in tight corners, and 4-wheel vented anti-lock disc brakes bring secure stops with a full load and included brake assist to help in panic stops.

Safety-wise, the Quest includes dual front and side-impact airbags and curtains for the rear occupants. There are traction and stability control systems as well. Tire pressure monitoring comes standard.

While the newest Quest doesn't try to be quite as quirky as its ancestors, Nissan made sure it has sacrificed none of its style. The Quest's interior is roomy and comfortable. The seats are stylish for a vehicle designed to carry up to 7. The rear seats can fold-flat and the center console can be removed completely to allow many different cargo/seating configurations. Seat-fabric is cloth on the S and SV trims, and leather on the SL and LE. The second-row's captain's chairs fold-forward to allow three third-row passengers to squeeze their way back.

All the Quest's stylishness doesn't detract from function. The Quest comes with everything expected of a minivan in 2012, including variable wipers, a 6-CD changer audio system with an auxiliary audio input, a trip computer, power doors and locks, an auto cinching rear liftgate, keyless entry and front and rear air conditioning.

On the base S trim, the wheels become alloy, and the Quest gets fog lamps and Bluetooth as well as an upgraded audio system that integrates a 4.3-inch display and iPod integration. The driver seat is power adjustable, the steering wheel has integrated audio controls and is leather-wrapped. The doors slide on their own power by the push of a button. The climate control can vary temperatures for three distinct zones. There's a rearview monitor as well.

On the SL, the wheels get upgraded to the 18-inch alloy variety, a roof rack gets added on top, the upgraded mirrors include integrated turn signals, the seat trim is leather and heated in front and the third-row is so-called "quick release" for easy stowage.

On the top-of-the-line LE, the headlamps are xenon HID, the audio system is powered by Bose and features 12 speakers, a subwoofer and satellite radio. There is a rear entertainment system that can play DVDs and includes a 9.3 GB storage drive for digital music. On the LE, the liftgate can be opened with one touch and it's powered as well.

One especially noteworthy feature optional on the Quest remains the dual-panel moonroof, which is a step ahead of conventional sunroof designs and allows direct light into the second and third rows.